Skip to content
Altru Launches Virus Project to Address Pandemics - NEW YORK – Altru Institute announced the formation of the Altru Virus Project to address the coronavirus and future pandemics. A communication platform that will ...
Introducing Altru Verticals and Ecosystem Reports - Altru’s goal is to influence sustainable global impact. We do so by identifying global challenges, researching pioneers of new solutions, and presenting the most compelling ...
Curated Programming for Davos 2020 - The Altru Annual Winter Summit showcases innovative proposals to solve complex global challenges. From treating opioid addiction to removing plastic from the oceans, from making ... 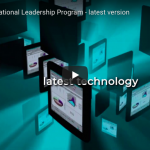 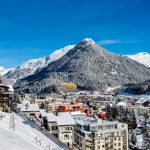 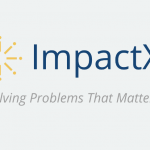 Hanieh Sadat launches ImpactX. - Hanieh Sadat launches ImpactX. Solving Problems that Matter is the tagline this effort to jumpstart and build new innovation ecosystems focused on the riskiest end of the innovation continuum. The goal is to get as many ideas out of the lab and into the market. ImpactX is a network of innovation labs supported by philanthropic “catalytic” capital to generate and scale business and tech solutions to sustainability Challenges. The group is now raising $3 million to launch its first lab at Arizona State University. See Full Story.

William McKeever hosted a preliminary screening of his new documentary, The Health Impact from Ocean Plastics. This 60 minute documentary takes a look at the impact of plastic waste in the oceans and will be entered into film festivals starting this fall. This is the second documentary by McKeever, former Wall Street analyst who recently published a book and movie on Sharks called Emperors of the Deep. The Publisher is Harper Collins. He traveled the world's oceans and dove with sharks to make the film. See Full Story. 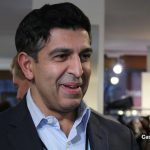 Emily Gold Mears “Discussing Dementia” - Emily Gold Mears has launched a blog Discussing Dementia. Fascinated with the emerging field of Epigenetics which is based on the theory that certain biological mechanisms turn on or turn off human genes and these controllable mechanisms are largely responsible for chronic diseases. There is a staggering statistic that 10% of disease is due to genes and the remaining 90% is due to lifestyle. 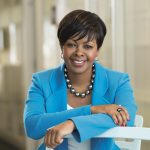 Africa 50 Announces Innovation Challenge. Opportunity for Technology Companies. - Carole Wainaina reached the two year mark at Africa50, where as Chief Operating Officer she has helped establish the organization and began to deploy the nearly $900 Million in capital secured from 27 African countries, 2 African Central Banks and the African Development Bank to develop infrastructure on the continent. See Full Story.

We produce sector reports offer an ecosystem and are intended to help all participants improve their success. It includes: